Ivan Zamorano. A Crazy name… in history! The passionate Chilean striker was “pushed” by Inter’s superstars Ronaldo and Baggio to lose his favorite “9” shirt number and adopt the legendary “1+8”, the most unlikely number in football history.

A king brought the “Queen” to her throne

Ivan Zamorano was clearly the most symbolic, crazy football figure of the 90s. He was an outstanding Italian killer for four years (1992-1996) in Real Madrid, scoring 101 goals in 173 matches in all competitions.

The peak of his career was in the 1994-1995 season, with his spectacular performance brought the Madrid team back to the top after four years lacking the qualities of the extra-terrestrial team of Johann Cruyff. At that time, the Chilean netted 28 goals in La Liga, concluding with an impressive hat trick in a 5-0 win over Barcelona. His stunning eight goals keep him in the top 20 scorers in all El Classico derbys.

Inter and the theft of the magic number “9”

After playing at the “Queen” of football history, in 1996 Zamorano decided he wanted a change in his life and that was Inter Milan. It was at that time that Massimo Moratti was willing to spend a lot of money to get a quality player in the transfer market, so he decided to take Zamorano to the “Giuseppe Mecca”.

Zamorano managed to keep on getting the crowds on their feet and start talking about him due to his passion, always wearing the “9” jersey on his back. However, in 1997, Inter made the big move and bought Ronaldo from Barcelona. The legendary attacker wanted the number “9”, though not to complicate things more he accepted the number “10”. This happened of course for only one season.

The next summer, the legendary Roberto Baggio, also an attacker moved to the Nerazzurri Italian team. For him to sign the Contract, the conditions he set was to receive the number 10 t-shirt. Then the agent of Ronaldo demanded the “9” so in the end Zamorano was the one who would have lost his number… the number 9!

He may have lost his favourite number, however, due to the fighter he was, he didn’t accept this decision so easily. He had his own unique and inventive way of receiving sooner or later the number 9 shirt he had to give! This is how the idea of ​​1 + 8 shirt (something which never happened before) was born. Zamorano became the first player in the history of football to add + between two numbers. It was his own special number 9 that the team supported! 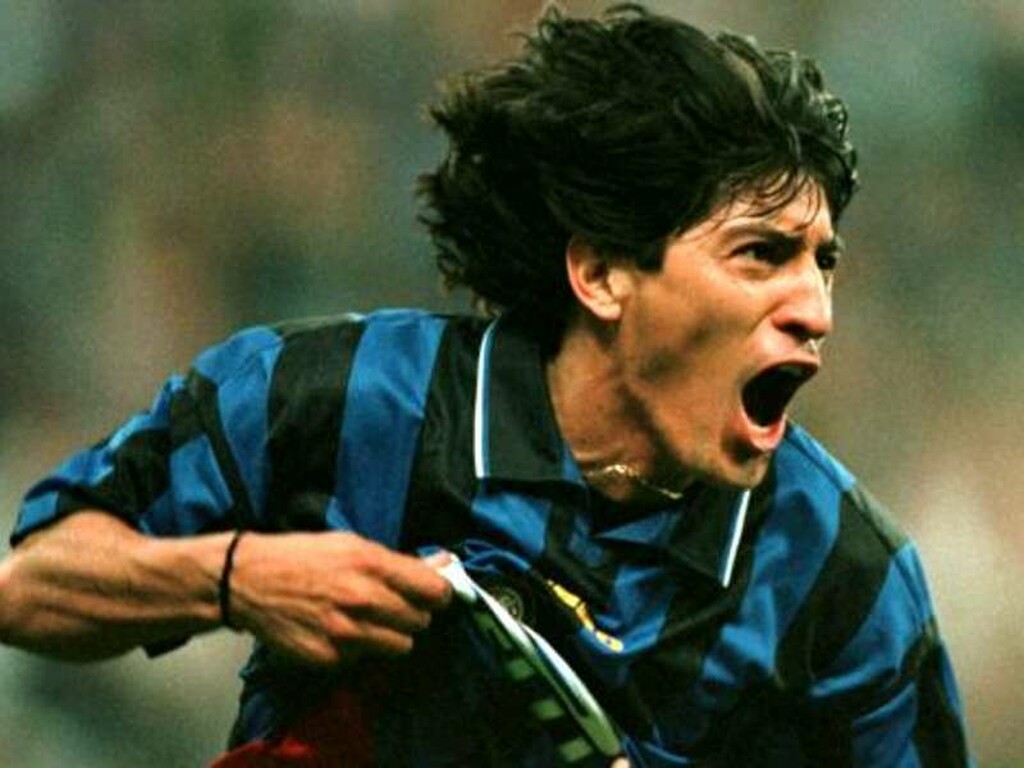 The end of his contract with Inter

Years went by and Zamorano seemed to lose his quality in Inter’s squad. Gradually, the arrivals of Adrian Mutu, Alvaro Recomba and Christian Vieri resulted in his release from Inter in 2000.

If one can attribute one of his best moments in his peak time at the Nerazzurri, it would be his goal in the UEFA Champions League final against Lazio in (1998) and his worst, a year ago in (1997), a missed penalty in the defeat in the UEFA final with Schalke.

In Milan he was in the very few that they really appreciated and loved, moreover receiving a warm applause from thousands as well as his team-mates at his “goodbye” when his Inter Career ended; a truly moving moment. A different madness from other Goodbyes of other players…

Lev Yashin: The Black Spider of the World Cups

This website uses cookies to improve your experience while you navigate through the website. Out of these, the cookies that are categorized as necessary are stored on your browser as they are essential for the working of basic functionalities of the website. We also use third-party cookies that help us analyze and understand how you use this website. These cookies will be stored in your browser only with your consent. You also have the option to opt-out of these cookies. But opting out of some of these cookies may affect your browsing experience.
Necessary Always Enabled

Any cookies that may not be particularly necessary for the website to function and is used specifically to collect user personal data via analytics, ads, other embedded contents are termed as non-necessary cookies. It is mandatory to procure user consent prior to running these cookies on your website.