Home Tribute (EN) Manchester United: The air disaster and the tragedy in Munich

Due to various stories from the joy of their qualification, and waiting for the amazing game in Munich, which unfortunately… resulted in a huge tragedy, one nobody will ever forget.

Stories related to a thread… One of pain and loss. To name a few: The Superga hill in Turin to the airport of Medellin… and from Munich to the Andes mountains. These are some of the the air tragedies that marked the sport with sadness. 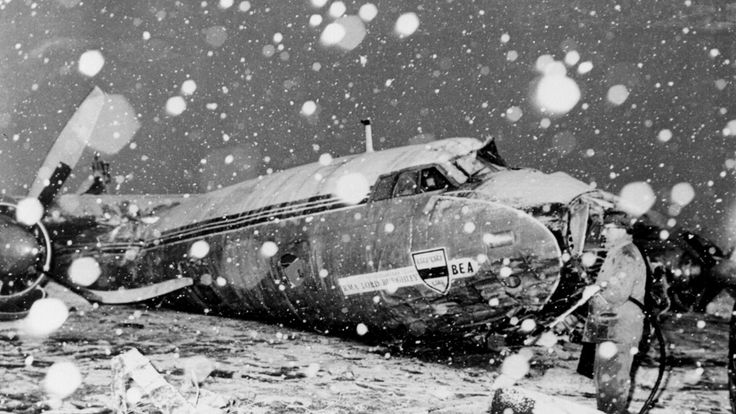 In April 1955, UEFA established the European Cup, a football competition for the champion clubs of UEFA-affiliated nations, to begin in the 1955–56 season. However, the English league winners, Chelsea, were denied entry by the Football League’s secretary, Alan Hardaker, who believed not participating was best for English football.

The following season, the English league was won by Manchester United, managed by Matt Busby. The Football League again denied their champions entry, but Busby and his chairman, Harold Hardman, with the help of the Football Association’s chairman Stanley Rous, defied the league and United became the first English team to play in Europe.

The team – known as the “Busby Babes” for their youth – reached the semi-finals, beaten there by the eventual winners, Real Madrid. Winning the First Division title again that season meant qualification for the 1957–58 tournament, and their cup run in 1956–57 meant they were one of the favourites to win. Domestic league matches were on Saturdays and European matches midweek, so, although air travel was risky, it was the only choice if United were to fulfill their league fixtures, which they would have to do if they were to avoid proving Alan Hardaker right.

After overcoming Shamrock Rovers and Dukla Prague in the preliminary and first round respectively, United were drawn with Red Star Belgrade of Yugoslavia for the quarter-finals. After beating them 2–1 at Old Trafford on 14 January 1958, the club was to travel to Yugoslavia for the return leg on 5 February. On the way back from Prague in the previous round, fog over England prevented the team from flying back to Manchester, so they flew to Amsterdam before taking the ferry from the Hook of Holland to Harwich and then the train to Manchester. The trip took its toll on the players and they drew 3–3 with Birmingham City at St Andrew’s three days later.

Eager not to miss Football League fixtures, and not to have a difficult trip again, the club chartered a British European Airways plane from Manchester to Belgrade for the away leg against Red Star. The match was drawn 3–3 but it was enough to send United to the semi-finals. The takeoff from Belgrade was delayed for an hour after outside right Johnny Berry lost his passport, and the plane landed in Munich for refueling at 13:15 pm. 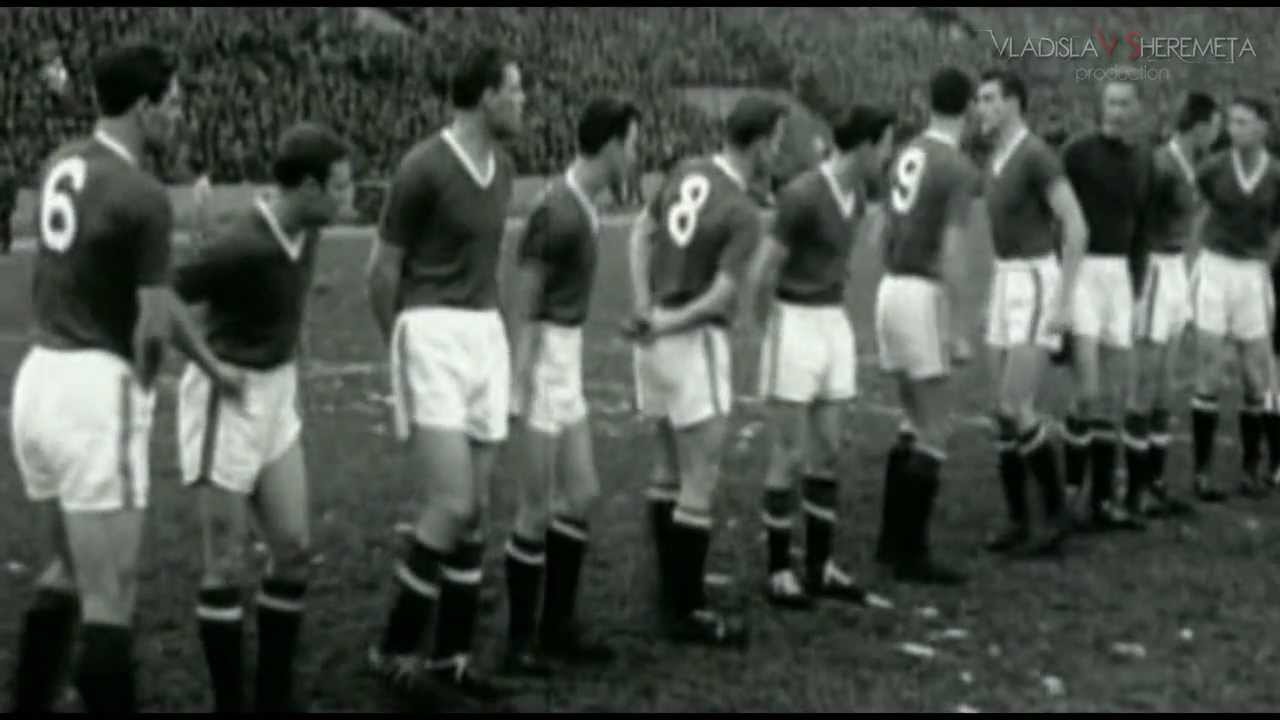 February 6, 1958. Starting off in Belgrade to Manchester with a stop in Munich for refueling. The Serbian capital’s sun was going down and it was getting dark and cloudy as the British Airlines’ Elisabeth-type jet plane approached for landing at the Bavarian city airport.

The time was 14:15 pm. They refueled the plane normally and passengers were called to continue their journey back to Manchester. Roger Burn, quite problematic while he looked at the wheels of the aircraft. They were covered with snow. About 19:00 pm was the approximate time of arrival in Manchester. Four minutes after all of them were seated, the control tower gives commander James Thane and co-captain Ken Rayment the right to depart from Belgrade airport.

It was just a matter of seconds until it got off the tarmac. The engines were powering up, but suddenly the plane brakes alone. A curious noise worries the commander. The wheels touch the ground, and the plane stops. Duncan Edwards stands at the door and says “It’s cold”. Very cold, he indicated. He lifts the collar from his coat and yells at the others to be careful when getting off the plane so they don’t slip and fall on the ice. In a matter of minutes 43 passengers enjoy the warmth of the airport.

The concern is now evident in the faces of the passengers. Second take-off attempt is on the way. Once again, something went wrong, the plane stops again in the middle of the runway. The same weird noise from one engine. In order to control and evaluate the problem, passengers are requested to disembark the plane. Two sips of coffee and they return to their seats. Bobby Charlton with Dennis Violet wanted to sit at the front and asked to change positions with Tommy Taylor and Dave Pegg. The Manchester Evening Chronicle’s journalist Alf Clark has been on the phone to call the newspaper’s offices and reported all the problems which occurred in detail.

At 14:56 pm, Commander Thane received permission from the control tower to resume take-off operations. The engines were starting up for some time due to the cold. At 15:02 the control tower informs the pilot and co-pilot that they have two minutes to take off. 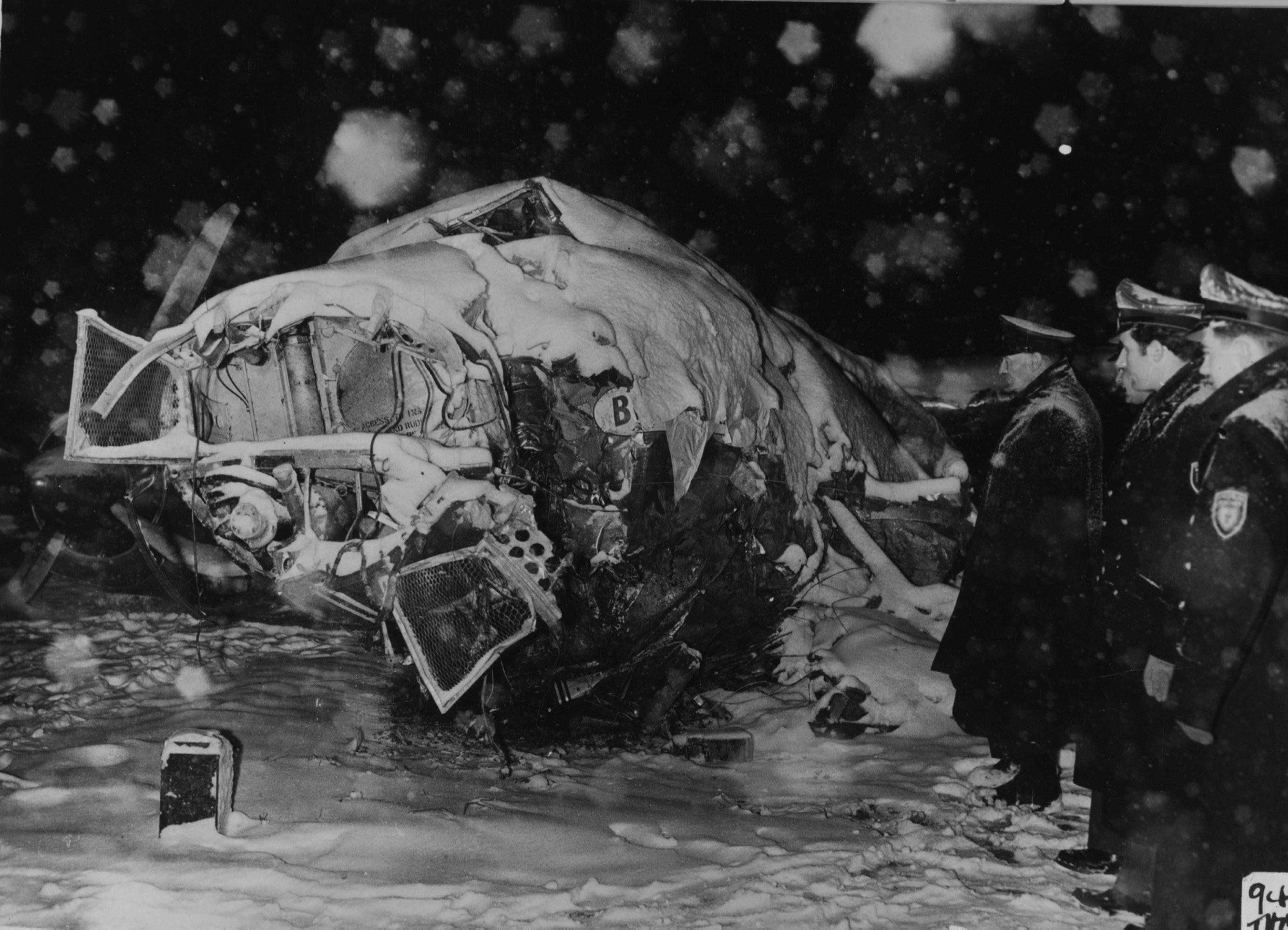 The aircraft began to lose speed, as it was heading for the runway fence, traveled around 1,200-meters, and suddenly lost a wing that got completely destroyed from a house wrapped in flames. The plane then loses the other wing, a part of the tail of the plane and the main part of the fuselage swirls to the ground with force before crashing into a wooden shed, which had a fuel tank.

Also killed in the incident were Manchester United secretary Walter Crickmer, coaches Bert Whalley and Tom Curry, as well as eight journalists traveling with the team, including former Manchester City and National team player of England, Frank Stuart. Finally, Duncan Edwards and Roger Byrne were recovering at the hospital.